Prevent Food Poisoning in Your Travels 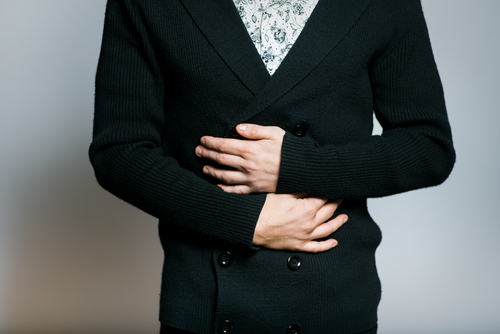 Posted at 06:56h in Culinary by admin

It can start with a sudden onset of indelicate symptoms, or with an “off” feeling in the stomach, a bad sense of uh-oh, here we go again.

Food poisoning. It’s the scourge of foodie travelers, who make a practice out of seeking some of the most unique local cuisine, and who would find well-known food safety guidelines– avoiding fresh fruits and vegetables, raw shellfish, beverage that aren’t sealed or bottled– a major hindrance to fully enjoying their trip.

Meanwhile, you can miss the trip entirely if you have to spend it stuck in your hotel room, begging room service for water and crackers and extra toilet paper. And in the most severe cases, food poisoning can be quite serious and require hospitalization.

And while many people think about avoiding food poisoning when traveling in the developing world, beware: it can happen anywhere. Speaking from my own experience, I have had the most severe food poisoning traveling right here in these United States, and was perfectly fine during my travels through Asia, Africa and Central America, just to name a several places that make some experience anticipatory stomach cramps.

So let’s go over the facts.

Food poisoning is a colloquial term for food-borne illness. It results from eating food contaminated with viruses, parasites, bacteria or other toxins, and typically results in nausea, vomiting and diarrhea.

It’s common for a stricken traveler to think back over the previous day’s food intake in search of a culprit, but you might have to cast back in your memory further: symptoms can hit you within a few hours of eating contaminated food, or it can take as much as 28 days, depending on what, exactly, has poisoned you.

The Mayo Clinic has a handy food-borne illness chart with the details. The fastest-acting cause of food poisoning is staphylococcus aureus, which can hit you in as little as 1 to 6 hours. It might have been lurking in meat, prepared salads, cream sauces or cream-filled pastries. The slowest seems to be Hepatitis A, which can take 28 days to rear its head. The cause is often contaminated shellfish.

How Common is Food Poisoning for Travelers?

It depends on how you define food poisoning, but the mildest cases are very common. The CDC even has a name for it– traveler’s diarrhea– which affects 30% to 70% of travelers, depending on destination. Although there are parts of the world that are thought to be more risky than others, it can strike anywhere due to poor hygiene practices in restaurants.

How Can You Eliminate Food Poisoning While Traveling?

The bottom line is, you can’t entirely prevent food poisoning if you’re not controlling your food from the moment it’s harvested until the moment you eat it, whether you’re traveling or at home.
There are foods that are more risky than others, as previously mentioned: raw or undercooked meats, seafood, raw and unpeeled produce.

There are some other precautions you can take if you’re unwilling to skip those foods. Avoid food on buffets, in favor of food that is freshly cooked and hot. (Street vendors are often a good source for this, since they are serving your food the moment it’s prepared.).

Another precaution to discuss with your doctor before you go: packing bismuth subsalicylate (BSS), the active ingredient in Pepto-Bismol. According to the CDC, one study in Mexico found that taking 2 ounces of liquid or 2 chewable tablets 4 times per day reduced the incidence of Traveler’s Diarrhea from 40% to 14%.

Food poisoning still might happen to you. Since most food poisoning clears up on its own, the primary treatment is time.

– Read The Mayo Clinic’s advice on treating food poisoning, and when to call the doctor.
– Read the CDC’s advice on Traveler’s Diarrhea.