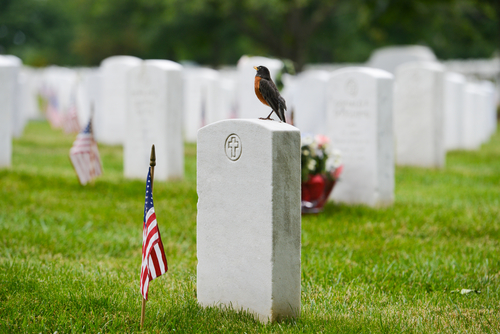 Posted at 09:24h in Military by admin

Sacrifice is a hallmark of the service people of our country. Pride, courage, dedication and valor are traits that United States soldiers exhibit as they choose to go and protect our nation and offer that protection to others. The concern in every heart as soldiers get ready to depart their families for deployment is whether they’ll returning home safely, and unharmed. Sadly, some never do come home. They end up offering the ultimate sacrifice with their lives. Tim McGraw’s song, “If You’re Reading This,” expresses the words of a soldier writing home who has been killed:

“If you’re reading this–
My mama’s sitting there–
Looks like I only got a one-way ticket over here.
I sure wish I could give you another kiss,
And war was just a game we played when we were kids…

If you’re reading this,
Halfway around the world,
I won’t be there to see the birth of our little girl.
I hope she looks similar to you.
I hope she fights like me.
She defends the innocent and the weak.

I’m laying down my gun,
I’m hangin’ up my boots,
Tell dad I don’t regret that I followed in his shoes…

So lay me down–
In that open field out on the edge of town.
And know my soul is where my momma always prayed.
That it would go.
And if you’re reading this,
I’m actually home.”

When you listen or read to these words, it’s hard not to pause awhile and reflect on the fact that many have died to protect the freedoms that we enjoy, leaving family and loved ones behind. Arlington National Cemetery is a place where those who have served our country can be buried, along with their families. This historic landmark is significant for many reasons, including the following.

The cemetery is on the grounds that formerly belonged to General Robert E. Lee, from the Civil War, and the first burial happened there in 1864.

On Memorial Day, graves are furbished with small American flags placed in front of each headstone.

There are individuals buried there from every war that has transpired since America established its independence.

There are approximately 30 burials a day at the cemetery and one has to meet certain requirements for it to qualify to be buried there.

Presidents of the United States are instantly allowed to be interred there, should they choose, since they served for a while as the commander in chief of the army. Incidentally, John F. Kennedy’s grave is a highly visited site in the cemetery.

With so many buried there, the cemetery is separated into 70 sections to help people find their way around and locate the graves they are looking for.

Arlington National Cemetery’s grounds are devoted to honoring those that have served our country. And while there are many American heroes buried there, we understand that others who have given the same sacrifice are buried throughout the country in the places that they called home. The bottom line? They do so knowing that they may be required to pay the ultimate price when someone joins the military. We respect the commitment to country that these women and men exhibit. We thank for the possibility to support our soldiers and glad to assist the military with all of their group transportation needs. We love assisting troops and their families get from point A to point B!